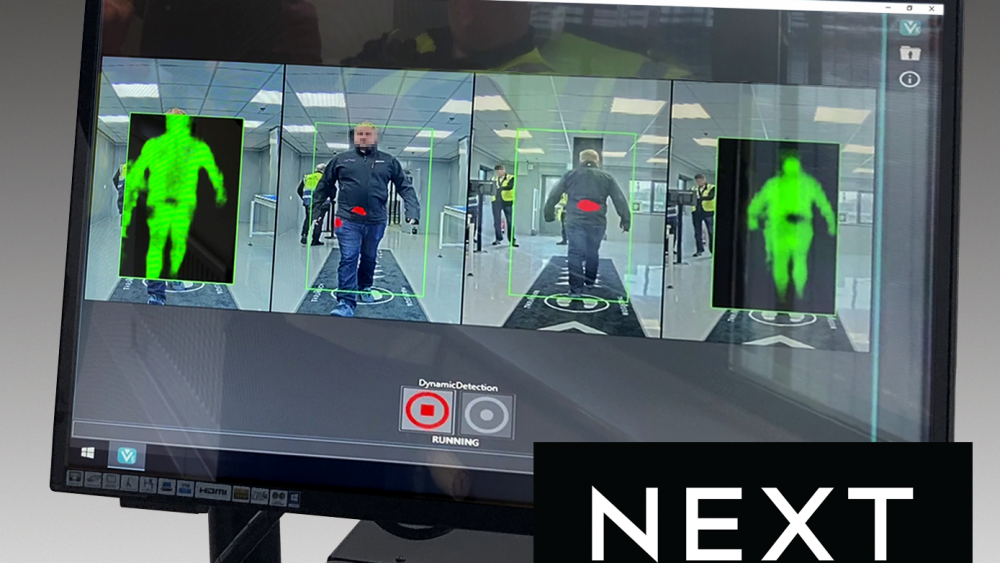 Leading UK fashion and accessory retailer Next PLC has deployed Thruvision’s ground breaking ‘walk through’ screening technology to ensure that all staff members are thoroughly screened when leaving its Distribution Centres in a fast and respectful way at the end of each working shift.

An experienced user of Thruvision’s ‘static screening’ security technology, with an expanding workforce, pressures on security teams and an eye on operational costs, Next challenged Thruvision to create a solution that would screen 100% of the work force on exit without increasing the time it takes employees to leave the facility at the end of their shift.

Dynamic Detection is an AI-based detection algorithm that constantly analyses the screening imagery, and highlights potential concealments to the security officer as a red overlay on the CCTV image, in real-time.

The assistance provided to the officer by Dynamic Detection signficantly eases their workload, which reduces the likelihood of missed detections. 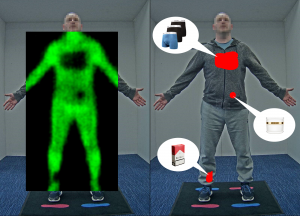 As a result, an immediate decision was made to purchase the solution and deploy it at one of Next’s biggest distribution centres.

In April 2022 the first walk through system was installed at the Next Distribution Centre in Pontefract, UK, making it the first distribution centre in the world to utilise the LPC16 with “Dynamic Detection” technology.

Screening 1,800 people an hour, and detecting all metallic and non-metallic items, the walk through deployment has been a game changer for Next.

“Prior to implementing the walkthrough Thruvision technology, we would screen 1 in 10 people exiting site. Now, we screen 100% of people with a 25% reduction in the time it takes.”
Brett Elliott, Head of Loss Prevention - Warehouse & Distribution, Next PLC

The benefits of screening more people, faster, are obvious. Not only is there a huge reduction in shrink, being able to treat staff with more respect and enabling them to get home to their families more quickly increases morale among the workforce. It also frees up the time of security officers to get on with other tasks.

Next began deploying Thruvision’s technology in 2018 at all of its UK Distribution Centres. The two companies have worked closely together to ensure that the technology continues to innovate in line with the changing demands of the customer.

Next PLC (styled as NEXT) is a British multinational clothing, footwear and home products retailer, which has its headquarters in Enderby, England. It has around 700 stores, of which circa 500 are in the United Kingdom, and circa 200 across Europe, Asia and the Middle East. Next is the largest clothing retailer by sales in the United Kingdom.

Thruvision uses patented passive terahertz technology to measure the thermal energy emitted by an employee’s body. An item concealed in clothing blocks that body energy reaching the sensor, meaning a security guard can see it and ask the employee to remove it themself. Metallic and non-metallic items are reliably detected, and it is impossible to tell an employee’s age, gender or ethnicity from the Thruvision image, often termed the “green ghost”.  A growing number of firms and organisations have deployed Thruvision for loss prevention applications, including SONY DADC, NEXT and Morrisons.

Thruvision is proud to work alongside the world-class loss prevention team at Next.